This was a great opportunity to raise awareness of acquired brain injury in parliament and the UK Acquired Brain Injury Forum was keen to ensure the event was well attended.

We were delighted to have John Woodcock MP for Furness, another #braininjury survivor in parliament discuss honestly what a difficult time people faced after a brain injury 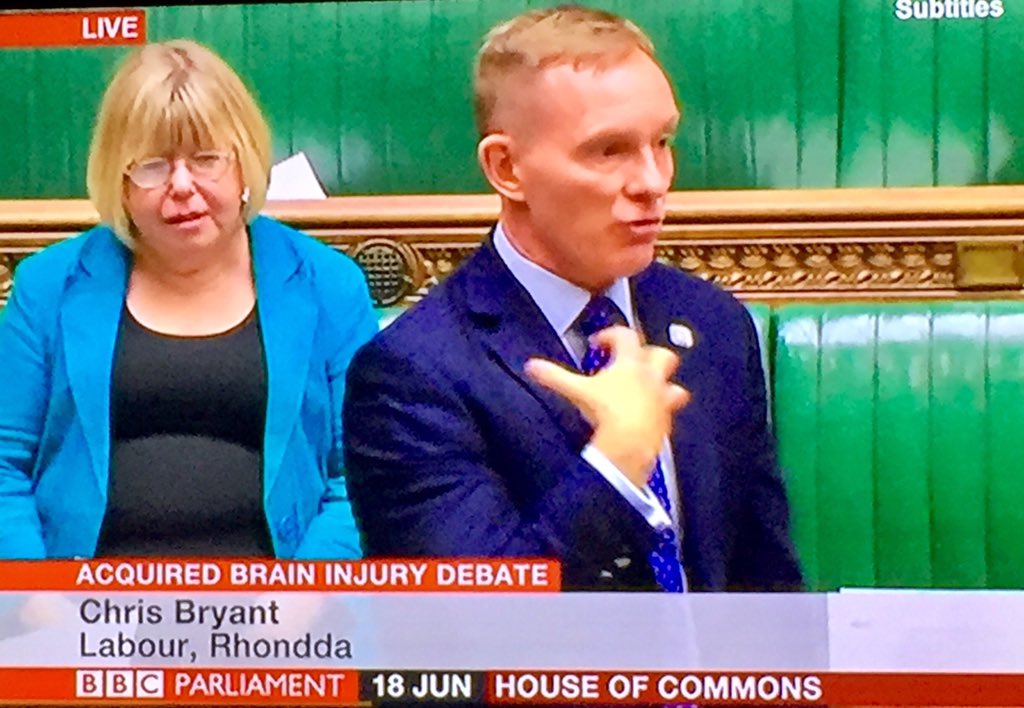 Many of us watched the live screening of the debate and this comment was made on Twitter by our treasurer Nicola Hughes:

“Feeling quite emotional that the parliamentary debate on #ABI is happening right now! Thank you from someone who is quite exhausted due to how irresponsible the current process is! Living is so much more than surviving! Rehab rebuilds a life! @RhonddaBryant

As you may know, Disability Rights UK have extended the partnership with the Care Quality Commission (CQC) to gather feedback from disabled people about their experience of health services and social care, via CQC’s ‘Tell Us About Your Care’ initiative. The CQC would really like to hear from disabled (and non-disabled) people on their experience of using any of the services they regulate, including GP and dentist surgeries; hospitals; services in the home; etc. A full list of these services can be viewed by clicking here.

We encourage you to tell the CQC about your experience, positive or negative, of any of the services they regulate. This information is used in many ways by CQC, including triggering regulatory visits to services, and feedback can be given anonymously. You can provide feedback online by clicking here (please remember to select Disability Rights UK in the ‘how heard’ section!). You can also provide feedback by telephone or gain further information by contacting Disability Rights UK by telephone on 0330 995 0400.

I was pleased to meet Clare Edwards the new Health Partnerships Officer with Cumbria CVS for North Cumbria.

Health professionals have been working closely with organisations that support unpaid carers in Cumbria to find ways to reach more people and provide the support needed for them to continue in their vital role.

Unpaid carers, anyone who looks after a family member, partner or friend who cannot cope without their support, play a vital role in the health and care system but often don’t access the support that’s available. Eden Carers, Carlisle Carers and West Cumbria Carers have been looking at how they work with health professionals, who come into contact with carers on a daily basis, to raise awareness of their work.

“This work is an excellent example of health, care and third sector organisations working closer together to benefit people in Cumbria. It is exactly the type of closer working we’re trying to achieve through the development of Integrated Care Communities (ICCs). Unpaid carers play an essential role in our communities and by working together we can ensure they can access the support that’s available to them to help them to stay well.

“It is the ambition of our ICCs to increase the number of projects like these where we work as one system to provide seamless care for all those who come into contact with our services. We will continue to implement the lessons learned to benefit more people and create happier and healthier communities.”

These are just three examples of where health, care and carers’ organisations have successfully worked closer together to support more unpaid carers in north Cumbria.

Members of staff from West Cumbria Carers work closely with the discharge team at the West Cumberland Hospital (WCH) ran by North Cumbria University Hospitals NHS Trust (NCUH). They spend time on wards each week and talk to carers at visiting time to introduce the service and organise carers’ assessments and support for when the person being looked after leaves hospital.

Between April 2016 and 2017 210 carers were identified and 87 of these were referred to West Cumbria Carers for further support. As a result of the relationships that were built a similar approach is now underway in the Cumberland Infirmary, Carlisle, to support patients from west Cumbria.

Ann Quinn, Carers’ Health Support Worker at West Cumbria Carers, said: “Since engaging with the Discharge Team and other services at WCH we have developed a pioneering approach of identifying carers. The openness to joint working means that we have so many more opportunities to meet with health professionals and to support them to identify carers and proactively refer them into our services.”

Eden Carers has a strong relationship with the Eden Memory and Later Life Service, ran by Cumbria Partnership NHS Foundation Trust (CPFT). A member of staff acts as a ‘carers’ champion’ and the whole team identify carers and signpost them to Eden Carers. In 2017 the Memory Services referred 62 carers to Eden Carers who then had their needs assessed and were given support tailored to them.

Jennifer Bell, Trainee Assistant Practitioner and Eden Carers champion at CPFT, said: “I’m passionate about the work I do as a carers’ champion. Every day, unpaid carers provide invaluable support to our health and care system and are a huge part of our future. I help to make sure that they have access to support that’s available and I’d encourage all other health and care workers to consider becoming champions too. Making referrals to carers’ organisations couldn’t be easier so it’s vital that all health professionals make the most of this fantastic resource.”

Staff on Hadrian Unit at Carleton Clinic in Carlisle, ran by CPFT, started an initiative in 2012 to better involve family and carers. They began to invite family members/carers along to find out more and ask questions. During this visit the carer’s needs are assessed and referrals made to carers’ organisations if appropriate.

The success of this led to an aspiration to have a carers’ champion in every inpatient mental health ward and crisis teams. At least one member of staff from each team was given training, with support from Carlisle Carers, on the role of carers, how best to involve them in care and what support is available. They then share this training, which includes case studies from local carers, with the rest of the team.

Kay McGregor, Operations Manager at Carlisle Carers, commented: “This has been an excellent opportunity to work with CPFT, ensuring carers are identified and referred whenever there is a need. Training initiatives have been set up for staff, focusing on the importance of their patients’ carers and raising awareness of what support is available, specifically around mental health.”

Carers make up more than 10% of the population but relatively few receive support from carers’ organisations, despite the practical and emotional pressures they may face. They are often unaware of support available; don’t recognise themselves as a carer or don’t know where to turn for help.

This work was part of the Reaching Out to Carers project, supported by funding from the Big Lottery Fund, and successes from this will continue to be implemented across the health and care system. 80% of carers involved said a change in health was the trigger for them to access support and more than half said that intervention from a health or care professional was key in their seeking support from a carers’ organisation.

This press release was developed by the North Cumbria Integrated Care System.

A summary of the Reaching Out to Carers project is available here: https://www.westcumbriacarers.co.uk/workspace/pdfs/reaching-out-to-carers-evaluation_web.pdf

More information on carers’ organisations in north Cumbria is available on the following sites:

This integrated approach to health and care will see much closer working between organisations – it is not a merger or the creation of a new organisation.

We were delighted to be invited to open the new Changing Places toilet in the offices of Cumbria CVS with Laura Cadman, CEO at Shaddongate Community Centre on Thursday 14 June 2018.

We are pleased to be members of Cumbria CVS which offers us support in many ways.  If you are running a charity or Third Sector group it is really worth while joining.  Read more https://cumbriacvs.org.uk/

Changing Places toilets have been one of our Alliance priorities for the last 2 years and we have been working with a wide range of partners across the county to increase the provision.

Unhappily there is NO #ChangingPlaces toilet open to the public anywhere in the #LakeDistrict National Park, YET!

You can read more www.changing-places.org/

Glenys Marriott, Chair of the Cumbria Neurological Alliance today opened the new Changing Places Toilet in the Cumbria CVS offices in Carlisle. Glenys outlined the work done in Cumbria by the Alliance to improve facilities for those residents and visitors who need special toilet facilities. She congratulated the CVS and Carlisle City Council for providing exceptional facilities and for ensuring that they were available to members of the public.
Glenys said “Over a quarter of a million people need Changing Places toilets to enable them to get out and about and enjoy the day to day activities many of us take for granted.  This high quality facility is an indication of the respect which Cumbria CVS pays its clients, visitors and residents and we shall be pleased to signpost it to our members. Equity of access to appropriate toilet facilities is a human right and we are delighted at the care taken by the CVS to offer this provision”
Glenys was accompanied by Jane Brown from the CP Society and Maureen Arca, the parent of a daughter who needs such provision.
The Cumbria Neurological Alliance comprises all the major Neurological charities including MNDA, the MS Society, Headway South Cumbria, Headway North Cumbria, Epilepsy UK, Parkinson’s Disease, Myaware, Stroke NW and includes NHS, Independent and social care providers of services. 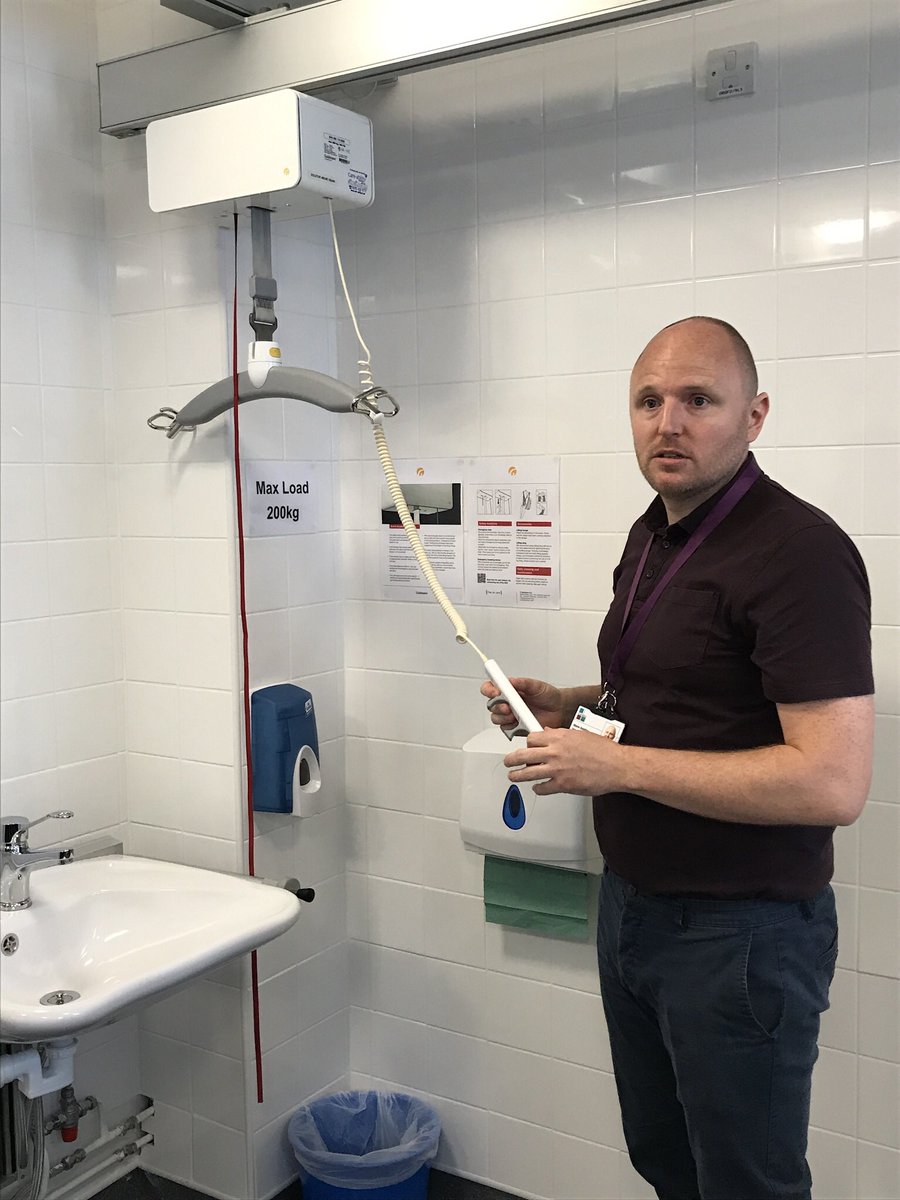